Trekking Pumamarca + Machu Picchu: The Inca site of Puma Marca is situated about 2.5 hours walking from the Inca village of Ollantaytambo – which is one of the most popular destinations in the Sacred Valley of the Incas. Many tour buses and cars drive daily between Cusco and Ollantaytambo. The area is interesting because of the history and that the Spaniards suffered one of their few defeats in a direct confrontation with the Incas – but also because in Ollantaytambo many of the original Inca streets still exist.

Puma Marca is a fortress built on top of a steep slope, which was built to control the entrance to the Sacred Valley from the nearby jungle. A steep climb will be rewarded with a beautiful panorama view over the valley.

After visiting Puma Marca, we will spend the night in Aguas Calientes (Machupicchu pueblo) and wake up early in the morning to visit Machu Picchu, one of the 7 Modern Wonders of the World.

The Inca archaeological site Pumamarca is mixed by a variety of architectural structures as platforms Inca, Inca precincts, Inca roads, canals, enclosures among which the Qolqas.

The Inca archaeological site Pumamarka is located to the north side of the Inca Archaeological Park of Ollantaytambo at a distance of 6.0 km. I moved about on a hill; Inca Archaeological Site Pumamarka consists of several Inca architectural components within which can be named qolqas to the bottom, while towards the top can show a number of Inca enclosures of rectangular plant of up to two levels and some of them rustic rig. Towards the square enclosure shown facing north showing fine rig with 2 access openings additionally have third enclosures are rustic rig, which show evidence of plastering mud mortar, the whole sector is franked staggered by a wall morphology Inca and that in certain sectors it reaches a height of 5.00 m.

Early in the morning (6:00am) we will pick you up from your hotel and drive about one hour and twenty minutes to the village of Ollantaytambo.

From there starts our hike to the site of Puma Marca. The hike is about 2.5 hours from Ollantaytambo to Puma Marca. Once outside the crowded tourist center, you’ll find yourself immediately in another world, a world of tranquility, ancient streets with houses built on Inca foundations, courtyards where chicha (corn beer) is being served and where chickens and guinea pigs walk around freely. Thereafter beautiful nature, small farms and splendid Inca terraces will appear on the road; this is a place only few tourists will experience in their lives. On the way, we will stop to enjoy a tasty picnic in beautiful surroundings. Once we get to Puma Marca, you will explore the site with your guide who will tell you about the history of the place.

After returning to Ollantaytambo by the ancient trail, we still have time to visit the old village and (if desired) to ascend to another Inca site around Ollantaytambo or explore the market.

From there our train goes to Aguas Calientes, where we will spend the night in a hotel.

On the final day, we first will have breakfast and then take the first bus at 5:00 AM to Machu Picchu. A walking tour (approximately 2 hours) is given by your guide and after this you can explore the mysterious city by yourselves. If you still have energy, you can also climb Huayna Picchu (2,720 m/8,923 ft). It takes 45 minutes to reach the top of Huayna Picchu and you will get a magnificent view over Machu Picchu and its surroundings.

You will later meet your guide back in Aguas Calientes – Machupicchu pueblo (the trip down to Aguas Calientes can be reached by bus or by foot) for lunch (this lunch is not included in the cost of the trek) and to receive your train tickets back to Cusco.

If you desire an extra night in Aguas Calientes – Machupicchu pùeblo, it can be arranged. This option is very popular as it allows more time to explore Machu Picchu. You can also go to the thermal springs in the town – a real treat after finishing the tour.

What You Need to Bring Inca Trail to Machu Picchu:

You may need to cancel your Inca Trail Trek due to personal emergency, illness or flight delay. Because we schedule and purchase permits well in advance of your travel, we are not able to refund you your full amount.

To be refunded (see our refund chart below), please notify us as soon as possible in writing (email). Cancellation charges in addition to the non-refundable deposit will be applied as shown below, calculated from the day written notification is received by Cusco Native. (Please consider purchasing optional travel insurance to cover emergency cancellations.)

Our refund table is as follows:

In the event of partial cancellations, meaning other members of your party will continue with the trek, the remaining passenger(s) be subject to pay additional charges (e.g. single room supplements or double-occupancy). 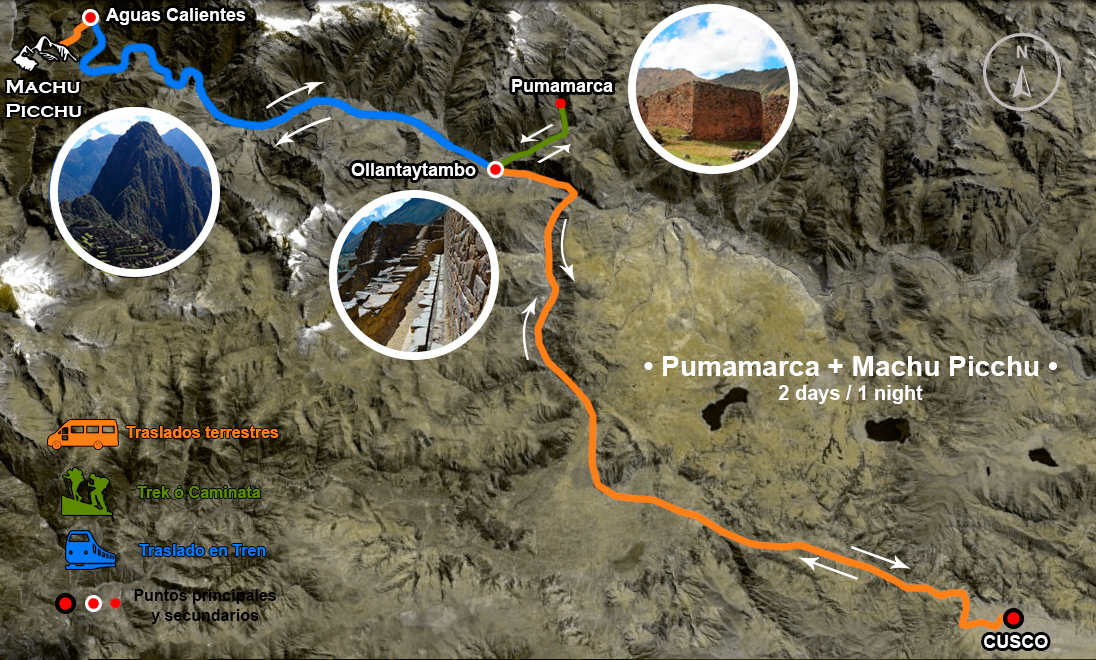 From$720
(0 Review)
7 travellers are considering this tour right now!